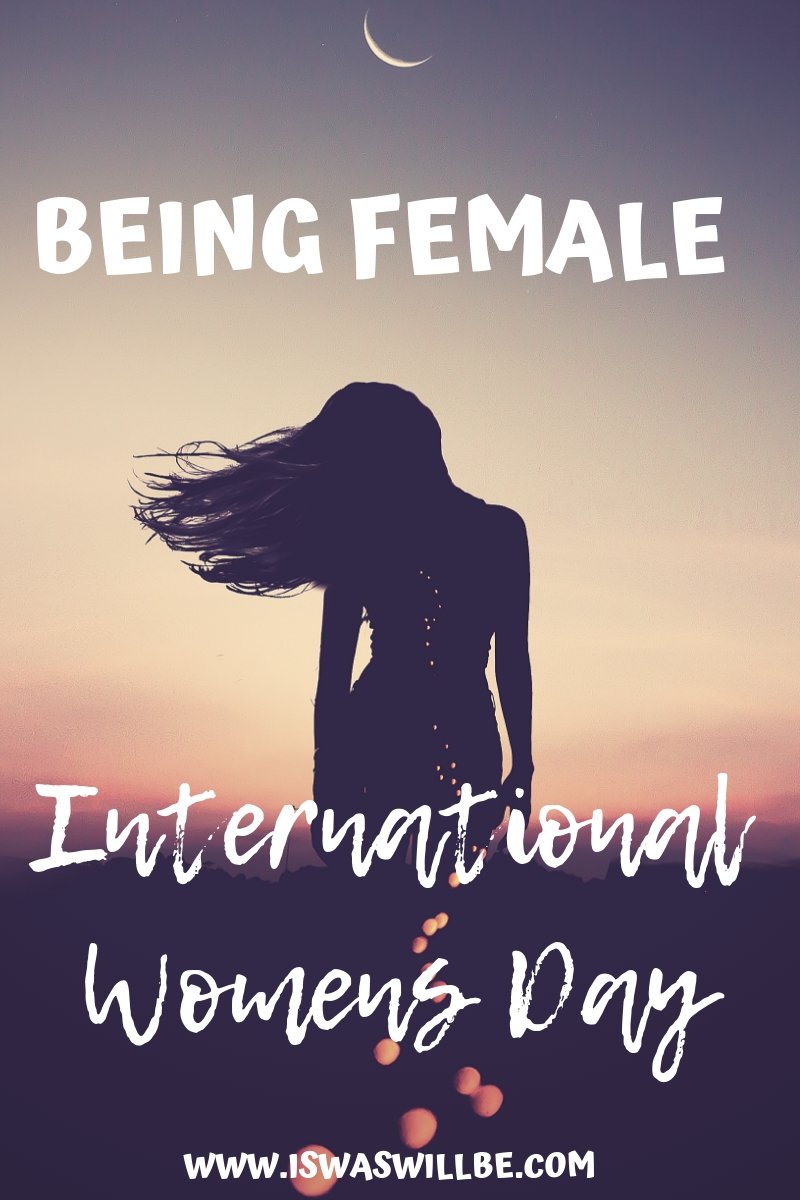 I am woman hear me roar.

It’s International Women’s Day (and in case you didn’t know March is Women’s History Month). Of course I plan on dedicating a post to all the dope females that have graced the earth with their presence. That will come later in the month (stay tuned). Today I just want to talk about being female.

If I Were A Boy

I can remember a time when I wanted to be a boy. Don’t laugh. I’m serious. This was before Ciara and Beyonce both made ballads talking about being one. I legit use to think males were the superior species. My childhood consisted of being the other girl hanging around older male cousins. They were bigger, stronger, faster, didn’t have to wear shirts all the time and could pee standing up. Like who wouldn’t choose that life?

History has shown us the trials and tribulations that come with being female. I mean from the beginning we’ve had a raw deal: being seen as property not people; having to work twice as hard to be seen as equal to our male counterparts; being labeled as emotional or b!tchy for having too strong of an opinion on something; or being called sensitive when you’re offended by sexist remarks. Don’t even get me started on the perils of periods and the concept of pushing a watermelon through something more fit for a cucumber.

While today things aren’t as bad, misogynistic culture still reigns supreme in the workplace, in pop culture, and our social norms around the world. I read heartbreaking stories of oppression for women in other countries. Here in the US we’re just as bad. Women are blamed when they are sexually assaulted. Ridicule and judgement based on our looks and not our merit: too fat, too skinny, too smart, gold digger, hoe, prude, etc etc. It’s not just the men either. Women vs women is super common. There’s pressure to embody what society deems as appropriate feminine ways. Think this way or behave this way or dress this way. It’s enough to make you go crazy. No wonder why so many women suffer with low self esteem or depressed and are quick to run and get surgery to change themselves. I digress….

Who Runs the World

As an adult, I’ve come to appreciate all that is female. I don’t really label myself a feminist but for all intents and purposes I am. I think that women are just as powerful as men if not more powerful. The same things I used to believe were weaknesses and downfalls of being a woman are the things I see as strength today.

Females have taken over. I can’t think of a single occupation where female presence is lacking. We are college graduates, business moguls, athletes, sportscasters, doctors, judges, senators, construction workers, realtors and fire(wo)men on top of teachers, nurses and stay at home moms. We have redefined the boundaries that we live by. Don’t get me wrong, there are still plenty of good old boys clubs that we have yet to break ground in. But in time we will break those ceilings as well.

Back to me: Do I still want to be male? Uhh no. There is magic in being a female. Our existence in and of itself is a physical representation of a delicate balance between masculinity and femininity. Duality is our core and dare I say our superpower.

Thank you to my two xs for choosing me to be a Queen. I promise to use my powers for good and reign with a fierce intuition and a compassionate heart. I haven’t mastered it yet but I’m working on letting them play together instead of suppressing one or the other.

Females are dope AF. I’m elated to be one.

Self Love Project 2019 Wrap Up

I participated in Rare Disease Week 2019

Affirmations 101: 7 Tips to Write Your Own