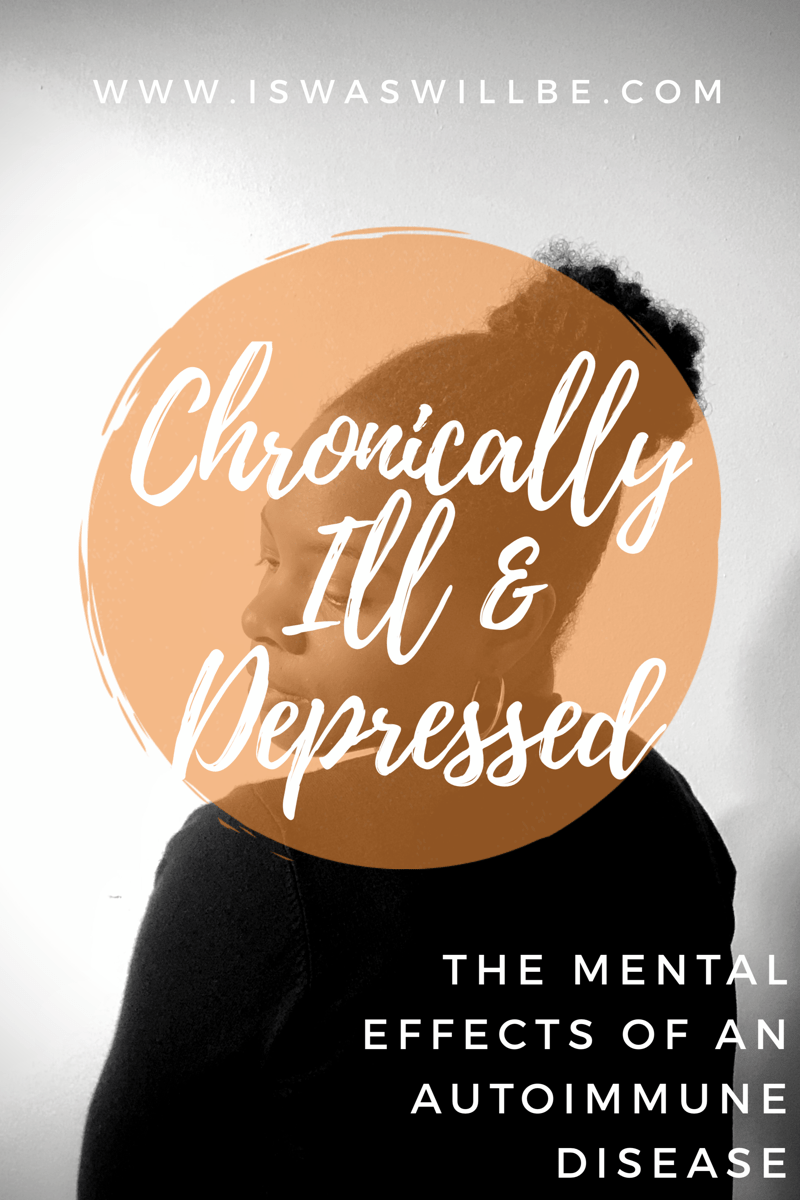 Being diagnosed with myasthenia gravis may have been the most paramount obstacle of my life. One day I was perfectly fine and the next day I was “ill”. I was told about the physical symptoms and the lifestyle changes but no one told me about the mental toll it would take on me and possible depression.

Those first few months after diagnosis were scary and overwhelming. Everything was changing. I had no control over my body and my symptoms. Life as I knew it was gone forever. Before I knew it I was hanging on the edge of depressed.

Everyday I would get up and put on a brave face for the world. At work I smiled and acted normal. When family and friends inquired about how I was doing, I would tell them I was ok. I didn’t want people to worry and I didn’t really want to deal with what was going on.

At home by myself was a different story. I refused to go out in public ashamed of what was happening to me. So I spent a lot of time at home, alone, isolated. I would sit in dark and cry. It was almost ritualistic that I’d cry at least once a day. I’d cry myself to sleep at night and in the mornings I would cry after looking at myself in the mirror; crying in fitting rooms as I tried to purchase new clothes; crying in my car during lunch breaks at work.

Everything was NOT ok. It was so bad that at one point my therapist mentioned placing me on depression medication. Another pill. I refused to take another pill. (Now for those who have made the choice to take a pill I’m not condemning it. I just know the thought of having to take another pill only made me more depressed.)

So what did I do

I started telling the truth. When people asked me how I was, I told them. If I was feeling sad I decided to talk to someone about it. I called people just to listen to me cry or to come over. Also I started journaling and blogging. Those things have helped me release.

No one mentions the mental effects of having a chronic illness. But its just as important to figure out methods to treat the mental as well as the physical. As a chronic overthinker, keeping things in is almost poison for me. I have to release those toxic thoughts. I didn’t even know I was depressed until my therapist mentioned it to me. But now that I’m aware I make a conscious effort to pay attention to how I feel and think when it comes to my MG.