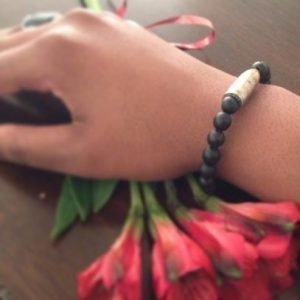 “Boy meets girl. Girl perfect woman.” They fall in love, get married, pop out some babies and live happily ever after. It’s a story as old as time. While most love stories aren’t as cookie cutter or by the book, the essence is still there right? Well not if you have MG (or any chronic illness for that matter).

Valentine’s day (aka V Day) is upon us. I thought this would be the perfect time to highlight the ups and downs (ok, mostly downs) I’ve had in the love department. This day can be difficult for many single women. A whole day dedicated to someone thinking you’re special and vice versa. I did on poll on Facebook to gauge attitudes about Vday and most people (both male and female) thought it was all hype. Yet the females still enjoyed celebrating it and feeling special. (I mean duh, who turns down a gift?!)

For those of us without a special someone Valentine’s Day highlights the seemingly never ending singleness. It used to be a little sting that I could ignore. As I get older, that sting has turned into more of a jagged stabbing, twisting and digging deeper when I see my friends progressing in their personal lives with children and marriages. I wouldn’t call it jealously but it does make me think: Will I ever find love… with MG?

My dating life has definitely taken a hit since being diagnosed. Not that it was stellar to begin with. I was already a few steps behind in comparison to my friends but now I’m back at square one.

A guy asked me to go out once, at the peak of my diagnosis. I wasn’t feeling well so I kept cancelling and rescheduling. This guy didn’t know anything about my MG and I didn’t feel compelled to tell him. Maybe it was fear that he’d be run away after hearing my diagnosis. Or maybe I was still in denial about it all. He finally got frustrated and stopped hitting me up.

There was another guy who attempted to try and take me out. Him, I was pretty upfront with him. First, I told him that I wasn’t in a place for serious dating because I had a lot going on. He said he was fine with it. We continued to talk and text. As time progressed I felt comfortable enough to tell him about my diagnosis and he seemed ok with it. But our schedules didn’t really match up and eventually he too got tired of me not being able to make plans due to my “not feeling up to it.”

Self Sabotage or Self Preservation

If I’m being completely honest, I look back at those instances and can say that I probably sabotaged those encounters. Yes I wasn’t feeling well but there have been many times when I pushed myself to do things that I wanted to do. I didn’t put for the extra effort because I wasn’t comfortable. Subconsciously, I had told myself that no guy would ever want to be with a sick woman. Why would they when there’s so many healthy women out here?

You may think that I am being dramatic but I’m not. The psychological effects of having an autoimmune disease are severe. When you’re young and faced with a life altering illness, you heavily contemplate the implications on the rest of your life.

When I was first diagnosed I was semi “dating” this guy (massive air quotes around dating). He was less than sympathetic to my plight. Once he came to visit me and I was wearing my eye patch. Do you know this fool called me “Pirate Steve” and had the audacity to be upset that I moved my head as he tried to kiss me. I was mortified. I was already feeling self conscious and when he said that I wanted to crawl into myself and shrink to nothing. He couldn’t understand why I didn’t want to paint the town red or why I didn’t want to leave the house at all.

Over those next few months he never really asked me about how I was feeling or how my doctor appointments were going. He never took the time to understand what was happening to me even though I explained it several times. He’d say “how’s the eye?” like it was a case of pink eye or a damn sty. To him, it was business as usual. He would selfishly talk about things that i never really cared about (but listened to anyway). When I had surgery, he didn’t visit me or even check on me. That was my breaking point.

I knew I had to deal with MG for the rest of my life. There’s nothing I could do about that. But his lack of support or understanding is something that I refused to accept. I cut ties and went about my business.

Feeling a little hopeless I asked around in a few of my online support groups about finding love post diagnosis. Not much to my surprise so many women discussed the lack of support from significant others. Many had gone through or were in the process of getting divorces. But there were a few who have not only been able to find that special someone post diagnosis, but were able to maintain through the good and bad days. So there was a glimmer of hope.

Something amazing happened right around the time I was fed up with Mr Insensitive. I made a new friend. He came into my life when I was possibly at my worst as far as symptoms. I was always sick, always going to the ER or coming home from the ER. He never asked me what was wrong. He just was there: always checking on me, bringing me food, making me laugh, laying on the floor outside the bathroom with me on upchuck days, the works.

Finally, one day I asked him why he never asked what was wrong with me. He said “it doesn’t matter to me. That’s your business to tell. I don’t need to know what’s wrong. I just know you need support”. And that’s moment I started viewing him as more than a friend.

This is unchartered territory for me. I have someone around that has literally seen me at my worst and still stuck around. Someone who is genuinely concerned about how I’m doing; who makes me feel like I’m the most beautiful girl in the world even when steroids had me looking like the Pillsbury Doughgirl; who reminds me to be kind to myself and offers words of encouragement to combat my thoughts of self doubt and criticism.

The plot twist here is that I still have doubt; dDoubt that anyone could be attracted to me this way, that it will blossom beyond a friendship or that it’ll last; doubt that I’m even deserving of such compassion or that I’ll be able to be a good girlfriend/wife/mother while also being a MG warrior. I don’t want to be a burden on anyone or for him to feel like he has to take care of me. I want to be a partner, not a dependent.

I’ve come to realize that this isn’t necessarily a MG illness thing but a mental block cause by me not embracing my MG and loving myself fully (to include my MG). Who knows what the future holds for me. I definitely don’t. All I know is that I will remain hopeful that I’m going to be all the things I aspire to be. And I’m going to prepare for those roles. I’m going to love myself until the time comes for someone else to love me and my MG.

So what will I be doing this Valentine’s day? I’m not sure. Nothing extravagant but I will be sure to make myself feel special! Having someone remind me that I’m special and worthy of love is what I think this true essence of Valentine’s Day is. Who better to do that for me than me?

If you’re single as well, I encourage you to do the same. Treat yourself: order yourself some flowers, go to the spa, buy your fav candy. Whatever you would want someone to do for you, do it for your damn self! No, it may not be what you envisioned for Valentine’s Day but it’s probably just what you need: a reminder that despite the illness and despite the singleness you are still a Queen.

Seems like a twisted fairytale but who wants that perfect love story anyway?

Let’s talk about {Stress with a Chronic Illness} Baby

Create Space for the Life You Desire