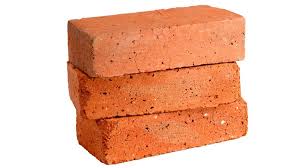 Nope. I’m not talking about any of your favorite trio combinations like graham crackers, chocolate and marshmallows, Beyonce Kelly & Michelle, Larry, Curly & Mo or even Harry, Ron & Hermione. I’m talking about the three Ms in my life: Migraines Menstruation and Myasthenia Gravis. (*waves bye to all the male readers who cringed when they read menstruation*).  Must be nice to just close the browser window and decide “that’s not for me”, I on the other hand don’t have that luxury.

This past couple weeks I’ve been feeling a bit low. It’s been very hot here which was making for some pretty miserable days for me. Physically, I was tired. I wasn’t sleeping. Emotionally, I was feeling a bit down. I could feel myself regressing in my symptoms. It was getting difficult to make it up the stairs in my house again. I was irritable due to the lack of sleep. I was frustrated because I was having vision issues and headaches.

Nonetheless, I took it all in stride and during my appointment with my specialist I mentioned to him that I was having some vision issues that were giving me really bad headaches. Kind of similar to how my MG first popped up. However, my MG vision symptoms are more so blurry or double vision based. Most recently I’ve been seeing halos or white spots at random times of the day. I would randomly feel dizzy and a large push of pressure when I would stand up. Much to my surprise, my doctor quickly told me that those were not MG issues, those were migraine issues. He prescribed me a new medication and handed me lots of literature on handling migraines.

My first reaction was a bit narcissistic. “Oh great another issue and more medications. Why does my body hate me?“ After a day of feeling a bit down and thus giving myself a migraine, I decided there was no point in fighting it. I would have to tackle this like I did my MG.

Step one was to try to pinpoint triggers. Did you know that almost anything can trigger a freaking migraine? I mean literally almost anything: foods, stress, sleep, lights, odors, sounds, heat, water consumption, altitudes, caffeine. I could go on but you get the point.

I started tracking my MG symptoms around August/September of last year. It took me a while to figure out a system that worked for me, but I finally did it. Personally, I use my Bullet journal for tracking but you can use whatever works for you. I encourage everyone with an illness to try to implement a tracker. It makes it a lot easier to find triggers, commonalities, patterns and helps you figure out what works and doesn’t work for you. So when the doctor told me to track my migraines, I had an idea how I wanted to do it.

How you ask? Elementary my dear Watson. I added fields to track my headaches, their intensity, visual symptoms, dizziness, light sensitivity etc. Then I looked for associations with the foods I ate, places I went, how much sleep I got etc. It’s not the prettiest thing to see yet but as the months go on, I’m sure I’ll finesse it to be up to my standards.

One of the tips my doctor gave to assist in pinpointing food triggers was to do an elimination diet. Basically you take away all the foods that could trigger a migraine for about six weeks and then add them back in one by one to see what triggers the migraine. As a picky eater this was a little hard for me. More than half the food I ate was on the elimination side so I only did that for about a week. But I do log what I’m eating daily to see if I have an food triggers.

The moment of truth

I’ve been logging and tracking for about a month now and so far I’ve noted three triggers: smells, stress and menstruation.

I’ve always been sensitive to smells. It’s not just because I have pretty big nostrils. I can only sparingly wear perfumes because the scent will be too much for me. I can’t use certain hair products or both washes if the scent is too strong. If you look on my dresser you wont find a mountain of scented lotions, perfumes and oils. I have to keep it to the bare minimum. Even other people’s scents will set me off. I try not to make a stink face while someone is standing near me with their “smell goods” on but most of the time I can’t help it. Those smells goods are smell don’ts in my book.

Stress is a big thing. One could argue that having an incurable disease is stressful in and of itself. Regular life is stressful. Between work, traffic, the weather, maintaining medication schedules, it definitely be hectic. Now days even certain conversations and thoughts are stressful to me.

Since its onset, my cycle (or Code Red as I like to call it) havs never been a pleasure for me. All of the typical symptoms like excruciating cramps, bloating, alternating feelings of fatigue, melancholy and irritability, lack of appetite, breakouts plague me once a month. It’s no picnic but I’ve accepted it for what it is. I normally track my Code Reds using the Eve app on my phone, but it was on the paper as a potential trigger so I decided to add it to the tracker for the heck of it.

Once I saw that one of my migraine attacks correlated with my menstruation I went into my Eve app to back fill my tracker with past data. There it was. Headaches logged in my MG tracker coinciding with menstruation cycles in my Eve app. The relationship never occurred to me. Now I understand why I was feeling so crappy!

It is interesting to note that a lot of migraine triggers are similar to my MG flare up triggers. And a lot of symptoms of PMS are symptoms of MG as well. If I’m over heated or stressed or get too little sleep then I’m a complete mess, I’m irritable, have headaches, feel weak and tired. My body just is super sensitive now days. But I’m glad I’m getting more in tune with it.

Now that I’ve established a correlation between them, I’m curious to figure out the dependency. Is the menstruation causing a migraine, which is causing a MG flare up? Is the migraine a cause or effect of the MG flare up?  Are my stress levels up because of hormone fluctuation with my cycle? Could this be avoided with being on one of the birth control methods that completely stopped menstruation? I came up with so many questions and theories regarding these findings. As I gather more data, I’ll find my answers.

Until my specialist gave my that migraine medication, I was never able to find a OTC to help stop the pain of my migraines. Once they hit, it was a wrap. I would be man down for at least a day. Often times, I would have to go to the emergency room because of the intensity.

But as I’ve stated before I’m trying to get off medications not add more to my regimen. So I’ve tried to find other ways to decrease my migraine mania. Just hear me out before you go rolling your eyes. I’ve only had success with one. I do it before the migraine even strikes. Wanna know what it is?

Candles! Yes. The aromatherapy stress relief candles from Bath & Body works are the bomb. I will light one as soon as I come home to try to relax if I feel a bit tightly wound. This can be tricky because as I said, smell is a trigger for me as well. So I choose very light scents.

Do you also suffer with migraines? Do you have any non-medicinal remedies that seem to work for you? I’d love to try it out. Oh and if you also get migraines and don’t feel like creating a tracker or log like the one I mentioned earlier, you can get a copy of my tracker guide here.

I Gained a Devastating 30 lbs on Prednisone

8 Things Unsaid to Friends and Family about Chronic Illness