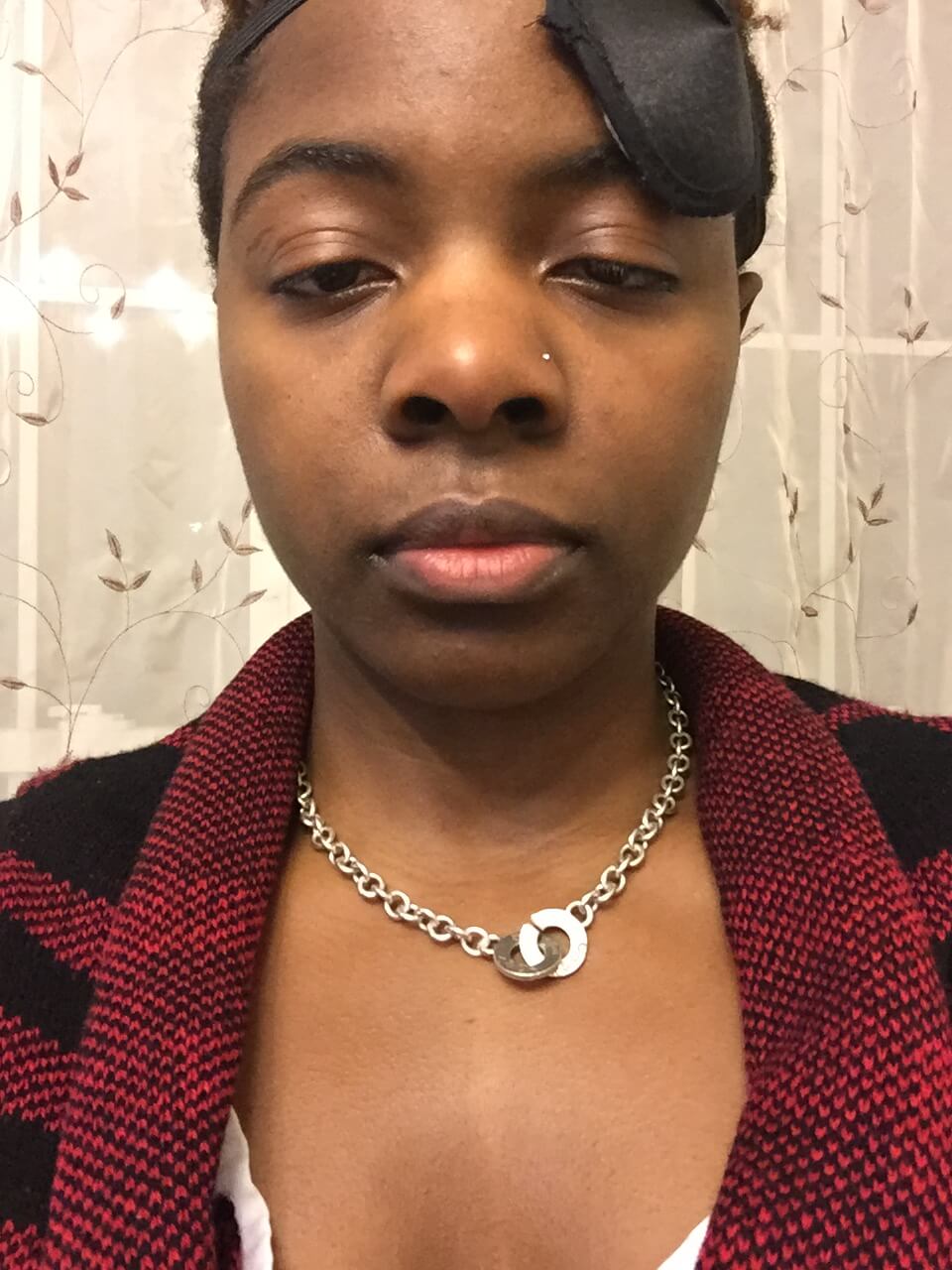 My first myasthenia gravis symptom was actually two – ptosis (double vision) and diplopia (droopy lid). However, I noticed the ptosis first because it was making everything blurry. I’ve always been told I had sleepy eyes so that diplopia wasn’t as noticeable until one day it was super apparent.

As I mentioned before in my diagnosis story, I kind of just blew off the double vision issues thinking maybe I was overdoing it at the gym and just a little dizzy.

Clearly double vision isn’t something that can be swept under the rug but it was easy to rationalize. I was overheated and doing too much at the gym.

The droopy lid is what got my attention and shook me up.

Reactions to my MG Symptoms

Even before myasthenia gravis, I didn’t play about my health. My primary care physician once told me I was a hypochondriac. Call me what you want, but am I ok doc?

Once I realized that something was wrong, I quickly began seeking medical attention. I saw like 3 or 4 different doctors but when I went to the optometrist and she told me one of my eyes wasn’t moving I was immediately paralyzed with fear.

At this time, I was living alone so my family didn’t see me every day. I told her something was wrong with me but that the doctors didn’t know what it was. She kind of just blew the convo off.

In the middle of me trying to be diagnosed, we took a trip to Florida and that was my mom’s first time seeing it. She broke down crying as she watched the myasthenia gravis symptom take over me throughout the day.

Thankfully she quickly hopped into mama bear mode and set out to get me the best treatment possible to fight this thing.

MG can affect any of the muscles that you control voluntarily. Some of the most common muscles are in the eyes, face, throat, neck, arms, and legs.

According to the Mayo Clinic, more than half of people say their first MG symptoms involved the eyes. Eye symptoms include:

Ptosis – drooping of one or both eyelids

Diplopia – double vision that improves when one eye is closed.

Dysarthria or Impair speaking – speech might be slurred, sound soft, or nasal

Difficulty Breathing – breathing becomes shallow or ineffective; Airway may be blocked because of weakened throat muscles

Does myasthenia gravis come on suddenly?

Muscle weakness caused by myasthenia gravis worsens as the affected muscle is used. Because symptoms usually improve with rest, muscle weakness can come and go. However, MG symptoms tend to progress over time, usually reaching their worst within a few years after the onset of the disease.

To me, my first myasthenia gravis symptom came on suddenly. But I’ve reflected on how I may have been showing subtle signs of MG since childhood.

My first myasthenia gravis symptoms were ocular but I have generalized MG. It seemed like once the symptoms started everything just got progressively worse within a matter of months.

I was diagnosed in May and by June I was on an aggressive regimen because my symptoms were so severe.

Some of the most common triggers for MG symptoms are fatigue, stress, some medications and menstrual periods. I’ve also heard strong arguments that foods often trigger autoimmune diseases.

I first noticed my symptoms while I was in the gym. I’m guessing fatigue was the trigger for my first mg symptoms but since then I can easily see an influx in symptoms when I’m stressed, tired, or right around my menstrual cycle.

In my experience, once you know you’re triggers it’s easier to make the necessary lifestyle changes and adjustments to keep things at bay.

However, I also know that even when you do everything in your power to remove triggers, symptoms can still flare-up.

How it changed my life

It’s crazy to think that one symptom was the catalyst for a whole new life. Never would I have thought that I’d be diagnosed with a chronic illness and that my life would never be the same.

Even though the double vision was physically draining, the droopy lid was emotionally and mentally damaging. Some call it vain but I started to really struggle with my appearance because I felt like a monster.

I’ve literally all the mentioned myasthenia gravis symptoms above. The scariest moments would have to be the difficulty of breathing and leg weakness. It’s at those moments that I come to terms with how serious my illness is (not that I doubted it before).

I’ve gone through quite a few phases in my journey so far – wearing eye patches to help with double vision, being a walking pharmacy by taking prednisone, Cellcept and having IVIg treatments weekly, to where I am today managing my symptoms through lifestyle changes and minimal medications.

It’s been a hell of trip.

Tips for Slaying Summers with MG