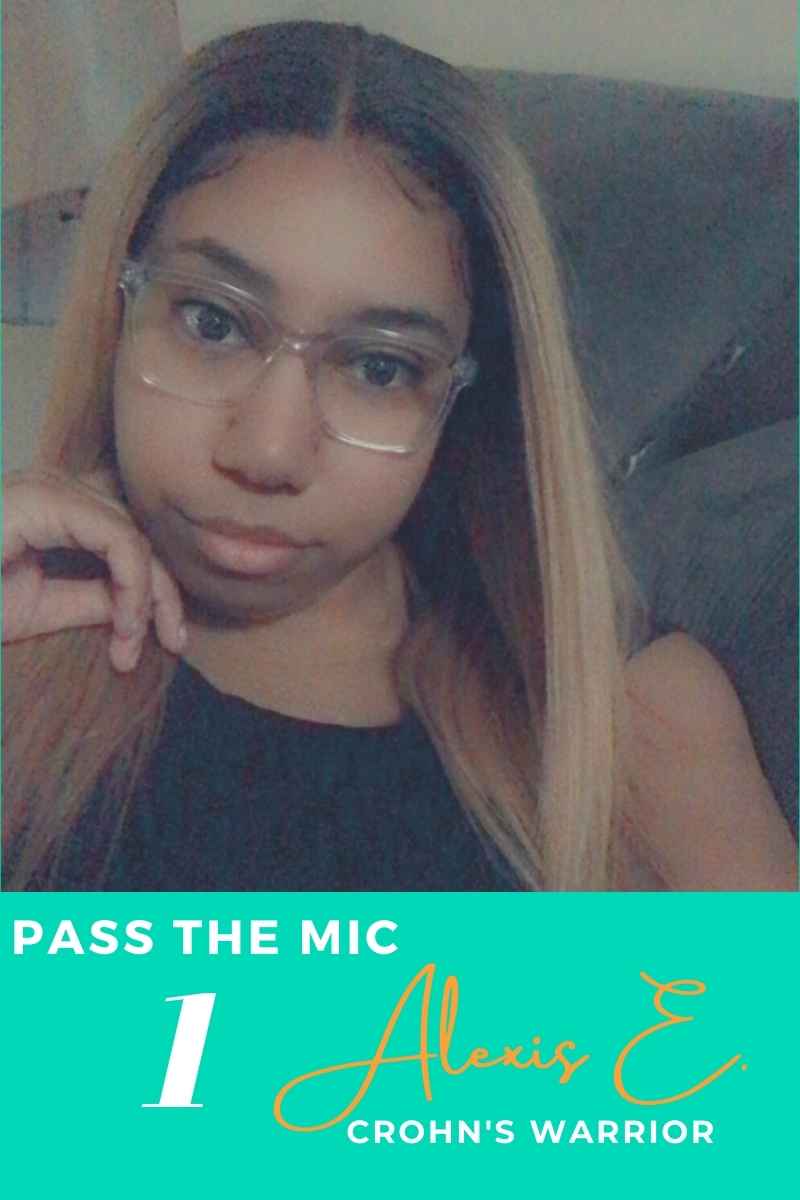 Hey y’all. Today we’re going to do something new. My vision for this blog goes beyond just talking about myself day in and day out. I want to create a platform for everyone to share (and find) commonalities. One idea I’ve had is guest posts from others with autoimmune diseases. I’ve found writing to be therapeutic. All the benefits of seeing a shrink without the copay. Thus the birth of Please Pass the Mic.

So the day has finally come. I have my first guest bloggers and it’s by none other than one of my best and longest frenzzz, Alexis. 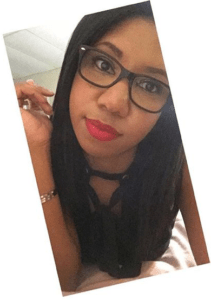 So there I was in my hotel room in Phoenix staring at a toilet full blood thinking to myself “Here we go again. I really don’t have time for this.” Wait– let me back track. April 1, 2009 after going back and forth with my primary for MONTHS I was diagnosed with Crohn’s disease.

For those of you who don’t know what that is, Crohn’ s is an autoimmune disease when somewhere in your intestinal system becomes very inflamed. One of your body’s natural ways to relieve inflammation is to bleed. Hence me pooping blood.

Too much info? Eh, maybe but at least you have a better understanding now.

Back to the story… As soon as I get back home I made an appointment with a new GI doctor, I switched insurances so I had to get a new one which made me even more annoyed but at least they got me in that week.

He walks in, introduces himself, and asks me what brings me in. I ask him if he wants my diagnosis or my symptoms. He laughs and says well I guess both.

After about 15 minutes of me going through my entire medical history, he says “whelp that means you know what happens next”. I roll my eyes and say “yea I do”. I left his office that day with a few prescriptions and instructions for yet another colonoscopy.

This would be colonoscopy number 7…I think. Honestly I’ve lost count. Anyway fast forward a week and after it’s all over with he comes to check on me and to tell me that I was actively bleeding during the procedure (no surprise there) prescribes a few meds and tells me he’ll see me at my follow up appointment.

Now one of these meds just so happened to be a rectal foam.  Yes, I had to inject a steroid rectally twice a day for 2 weeks.  Loads of fun (I hope you caught the sarcasm there).

Anyway, I went back for my follow up still feeling crappy so he prescribes another 2 weeks of the same steroids. Those didn’t work either.

His next suggestion was Mercaptopurine.  For those of you who don’t know what that is, it’s satan in pill form.  Ok… obviously that’s a slight exaggeration but it’s actually a chemo drug that has been proven to be effective in the treatment of Crohn’s and one of my close friends was on it and it was working for her so I said sure why not.

I barely made it a week on this drug! When I tell y’all I had literally every side effect I HAD EVERY SIDE EFFECT I seriously thought I was going to die.

Just as I was about to call to make yet another appointment to switch meds I ran into my doctor at work (we both work at the same hospital) while he was getting on an elevator to go see patients.  I literally yelled down the hallway “hey you!” He stops and turns and attempts to start up a conversation.

I stopped him before he could finish getting his sentence out I say “yea this, it’s not working” he laughs as I continue to explain.  He told me to call the office so I could get a prescription for steroids again (at least it wasn’t rectal this time) and make an appointment so we could discuss long term options.

So there I was sitting my GI’s office for my 7th appointment in 3 months. He turns to me & asks that infamous question “so what do you wanna do?” I ask him if we can do a colon transplant.

He laughs & basically tells me that I’m being dramatic but either way they don’t do colon transplants anywhere. I asked if he could put me on the list when they start doing them. He laughed & agreed. So I ask him what does he think I should do. He tells me he thinks I should start immunosuppressants (long term). Reluctantly I agree.

As he steps out to get paperwork on my list of options, I have a flashback to almost 7 years to the day when I had to get rushed to the hospital (after almost dying on the bathroom floor) & stay for 10 days for the same issues & I told myself I would never get to that point again.

He comes back in & hands me the papers. As I’m reading about the different medications he says “I think you should do the at home injections. Between your work schedule, travel schedule, & all your other activities I can see you complaining now about sitting in an infusion center once a month again.” I laughed & agreed.

I previously have tried Remicaide, an IV infusion drug, which worked great but I hated sitting there for 4 hours waiting for all of the medicine to get into my system.  So Humira it was.  A few weeks later a big box full of 6 Humira pens show up at my doorstep.  As I went to prepare for my starter dose, which by the way was 4 yes FOUR injections, I had a complete breakdown.  I sat on my bathroom floor trying to calm down long enough to give myself four needles.

You would think I would be used to needles considering all the procedures I’ve had done as well as all of the blood work but nope! It’s just something about knowing I’m getting a medicine through the needle that freaks me out.  So an hour and 47 dramatic texts later I finally have the courage to do the injections.  After finishing all 4 injections I ate half a box of Oreos to reward myself (simply because I’m addicted to them).

At my 3 month follow up appointment my labs were still out of wack so I had to continue taking pills as well as doing the injections every 2 weeks.  Of course I threw a fit.

A few months later at my 6 month follow up I got to hear those 5 words it felt like I had been waiting forever to hear “Congratulations, you’re back in remission”.  It felt like such a major weight had been lifted off my shoulders! That meant that there would be no more daily pills and only one injection every 2 weeks.

Fast forward to today, my one year anniversary of Humira, and I’ve started getting hives from the medication. Why? Because my body hates me (just kidding).

Nobody knows. So now have to take allergy meds as well as prednisone on injection day (yay!! *insert eye roll here*)

As you can see this hasn’t been an easy journey at all.  Especially this go around.  But every time I get frustrated the last conversation I had with my grandma before she passed away pops into my head “you’re a fighter.  That’s what you do.  You always bounce back so I don’t even know why you’re stressing over this”.

How’d you like Lex’s feature? If you want to connect with Lex or ask questions about her journey you can stalk her social media like I do. She’s @lexiiamour on IG and snapchat. 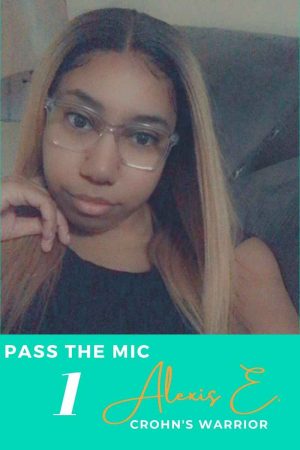 Why You Should Know about Holistic Wellness

I participated in Rare Disease Week 2019