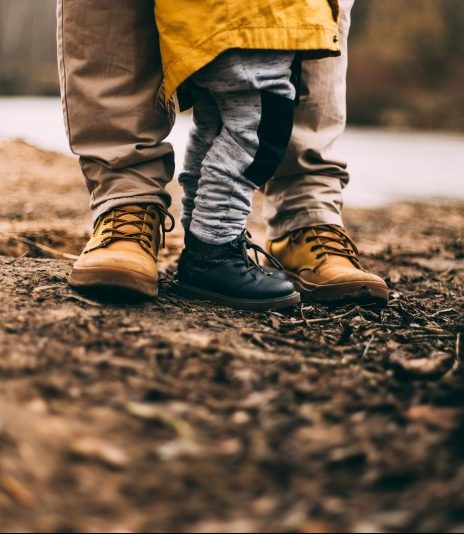 4 Subtle Signs of Myasthenia Gravis Overlooked in my Childhood

Are you looking for possible signs of Myasthenia Gravis (MG) ? Did you know that MG can be congenital? That means you’re born with the disease. So symptoms can flare at any time from birth.

MG can lie dormant for years. I wasn’t diagnosed with MG until my late 20s but I’ve heard stories of children who grew up with MG running rampant.

It made me wonder if my parents just missed the more subtle signs of myasthenia gravis during my childhood. I also wonder how many people would be able to identify those red flags?

Myasthenia Gravis (MG) is basically weakness of the voluntary skeletal muscles, which are muscles that you can control. The weakness typically gets worse with more activity and improves with rest.

Some of the most common symptoms of MG include:

Random fact: Myasthenia gravis is known as the snowflake disease. Just like snowflakes, no two people with MG will experience it the same way.

The symptoms experienced and the degree of muscle weakness can vary from day to day. My Pass the Mic interviews with other snowflakes show the range of the MG experience.

When children are younger, it’s easy to overlook things because they cant appropriately articulate what they are feeling. In cases where children express concerns, it’s regarded as being dramatic. So it’s no surprise that so many childhood diseases go unnoticed, unreported or untreated.

I consider myself blessed to have lived a healthy life through my diagnosis but as I’ve learned more about MG, I can recall some of these symptoms being present way before I was diagnosed. I’ve been showing subtle signs of myasthenia gravis (MG) pretty much my entire life.

Here are 4 subtle signs of myasthenia gravis symptoms that were overlooked:

If my childhood had a clever book name, an appropriate title would be “The Girl with the Lazy Eye”. So many photos I have of myself feature me with these droopy eyelids (at least one if not both).

I can recall people saying my eyes were “chinky” or asking if I was tired because of how low they would sit. Some have even gone as far to ask if I was high. I mean they were low.

Now years later, it’s called a MG symptom called ptosis and it happens from time to time when I’m tired or in the midst of a flare-up.

My aversion to heat was and still is a subtle sign of myasthenia gravis.

I have NEVER liked the heat. NEVER liked being outside in the heat. Summer was my least favorite season (aside from being out of school). If I didn’t happen to go out in the heat I would move very sluggish and felt exhausted afterward.

My heart has always belonged to winter and all things cold. I can recall opening my windows in the dead of winter and letting the frigid air into my room. My mom would peek her head in occasionally to ask a question but then shut the door to my icebox.

I didn’t know why but cold air, cold compresses, cold beverages always made me feel better. Now years later, I learn that heat is a trigger for MG. It is has been the main factor in all of my flare ups and crises.

I’ve always been taught to enunciate. But I can recall times when my mom would specifically chastised me for my lazy tongue. I’m not sure why it annoyed her so much.

With a stern side eye, She’d ask “why are you talking like that?” I knew I wasn’t doing anything differently but I made a conscious effort to really speak clearly. She believed I was purposely talking like that.

But it was just dysarthria aka slurred speech. Of all my symptoms, I probably feel most self conscious about this one because I can literally feel my tongue getting lazy. It’s a weird experience that I can’t really articulate.

Everyone has their clumsy moments. As I look back, I’d like to charge mine to myasthenia gravis (if I could).

Ok maybe not all of them but a good majority at least. I can’t count the number of times my legs have giving out of me and I though I just tripped or buckled my knees.

There have been plenty of times when opening a regular bottle of water seemed like I needed the jaws of life. Muscle weakness has probably always been prevalent subtle sign of myasthenia gravis and just ignored.

How to Diagnosis Myasthenia Gravis

Alright so I’m not a doctor and I never claim to be one. I’m not saying that if a child shows these symptoms that they have myasthenia gravis (MG). Please seek a professional for diagnosis. Start with your pediatrician and go from there.

Your doctor will do a neurological exam that includes checking reflexes, looking for muscle weakness, making certain the eyes move properly and testing motor functions, like touching your finger to your nose.

Then are are specialized tests Other tests that can help diagnose myasthenia gravis like repetitive nerve stimulation test, blood testing for antibodies associated with MG, edrophonium (Tensilon) test, CT scans and MRIs.

Due to the nature of MG, it may still be able to get a confirmed diagnosis immediately but stay strong and advocate until answers are received. What I am saying is that you’ve got to pay attention and not just assume anything.

My mom has mentioned having regrets about missing some of these signs of myasthenia gravis or not taking them more seriously. I can’t say the same for myself.

I don’t know what my life would have looked like if I had been diagnosed with MG earlier. Well actually, I know that it would have been different but maybe not better.

When I think of all the stipulations I have to deal with now as an adult, I can’t even fathom placing them on a child. I consider it a good thing that they were missed.

The most important thing I’ve learned throughout my journey is that as soon as there are BRIGHT RED CANT IGNORE flags present, acting quickly, sooner than later, is the best decision anyone can make when it comes to disease.

As a parent, you will have to be the voice to be the voice for your kid. They can’t fully articulate “hey I think I have MG”. It may be something as subtle as “my neck feels heavy”. It’s the isolated subtle signs of MG that make the disease easy to overlook and misdiagnose.

Do you have Insomnia? Here’s how you know