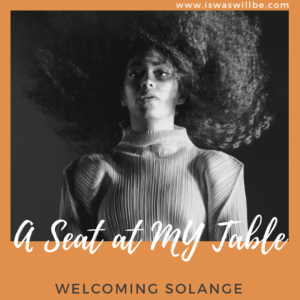 Unless you’re one of those people who don’t subscribe to modern culture, live under a rock and don’t possess a smart phone, you’re probably aware that we have a new member to our autoimmune community. Everyone let’s welcome Solange. I don’t know any other Solanges but in case you do, I’m referring to THE Solange Knowles (Ferguson) (sister to Beyonce, daughter to Mama Tina and mother to Jules). She announced via Instagram a couple weeks ago that she has an autonomic disorder. 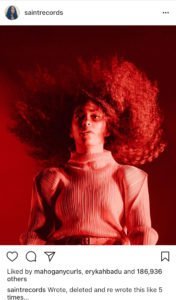 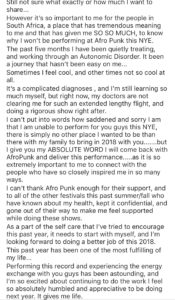 As I read her caption, I could totally relate to everything that she said and everything that was in between the lines. I felt the pain in her words. There was disappointment from not being able to fulfill her commitment resonated with my own gripes with lifestyle restrictions.

The underlying pressure of being a public figure that practically forced to reveal the ugly truth as explanation to why she wasn’t going to make her appearance. I can’t imagine being that new and vulnerable in my journey and still being so candid. It took so much courage.

Due to the complicated nature of autoimmune diseases she tried to simplify it for the masses. “Sometimes I feel cool, and other times not so cool at all.” I do this all the time. Trying to explain something that you barely understand is exhausting. Lucky for me, my day to day interactions are on a minute scale compared to the masses that will troll her looking for answers.

For my own selfish reasons I felt the strange sensations of relief and pride. It was like a revelation that (rare diseases) don’t just happen to us common folks because now it happened to someone of notoriety. It made me feel a little more special. Like now I’m apart of this cool new club whereas before I was just apart of a sickly group. With Solange joining the team, I’m less of a pariah. As much as we’re all meant to stand out, there is solace in finding commonalities among others.

I’ve always been a fan of Solange and I’m excited to follow her journey if she chooses to share it. She’s definitely someone I could see myself looking up to for guidance on navigating this journey. Her brave announcement just 5 months post diagnosis in contrast to my hiding away for a whole year before openly discussing is just one example of her pioneering behaviors. If someone like Solange can cope with such a disease and still be the beacon of inspiration and power that she is, so can I.

It’s sad to say that when celebrities shine light on certain ailments, knowledge, treatment and support tend to amplify exponentially. Sure you have your mass supporters of MS, Lupus etc but there are soo many autoimmune diseases. I think this could possibly serve as a catalyst for a deeper delve into the more rare diseases. It may be wishful thinking on my part but a lady can dream can’t she. I’d love to be able to say I have MG to someone and not have to break down what it is.

Also, I think it’s some fire music on the way. Solange is a great artist. The fact that so many people have just now become hip to her lyrical venom doesn’t take away from those of us who have been longstanding fans. Still have my Solo Star CD in my archives. As creatives, trials and tribulations serve as catalyst for creativity. So I’m looking forward to the new new.

To Solange (if you ever read this)

How are you? No, really how are you? I know how the newness of being diagnosed with something that even the medical professionals don’t really understand can sting. I hope you’re keeping your head up, even on the bad days. Know that you are not alone sis. You have a whole community of folks here who can relate. We hear you. We see you. We know the pain frustration and confusion that is associated with this new reality. Our loved ones can emphasize but it’s something about being about to struggle together that makes it a bit more bearable.

Woman, mother, wife, singer, songwriter, actress, model, black queen. You wear so many hats and navigate it seemingly effortlessly with your own unique grace and power. This may not have been the shift you were looking for in life but try to find peace within the chaos. Embrace and honor the emotions and journey. Don’t feel pressured to “appear” to be ok when you’re not. Listen to your body and figure out how to still live your life. And if you ever need someone to talk to, I’m here.

I, for one, feel honored to have Solange join our ranks and offer her a seat at my table.

The Key to Exercising with a Chronic Illness