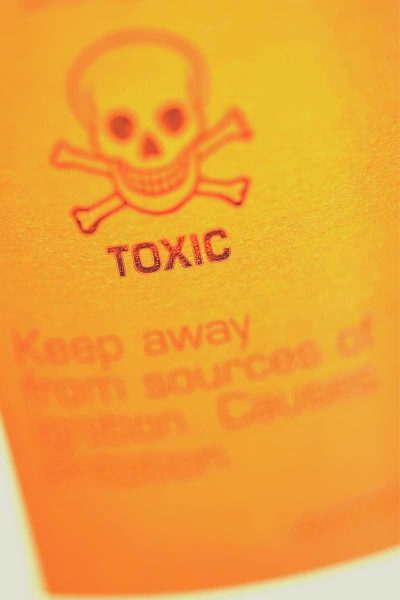 Toxic Positivity: When Being Positive is a Negative

We’ve all seen them: the positive quotes, the affirmations, the inspirational posts prompting us to look on the bright side. We all love them right? Maybe not. I was scrolling Instagram the other day, when I saw a post about toxic positivity. It was my first time ever hearing the term. I was lost. Toxic and positive almost seem like an oxymoron to me.

As a self-proclaimed realist, I’m definitely not the Positive Patty of any group. I tend to see most situations with both perspectives: the glass is half empty and half full on any day. I probably should have been a lawyer or the captain of the debate team. But anyway, I’m never overly optimistic.

Are you offended by the above image? Well a person operating in toxic positivity would perceive this as you literally saying the only acceptable vibe is positive.

What is toxic positivity?

What is toxic positivity?

The term “toxic positivity” refers to the idea that people should ONLY be happy, positive and always look on the bright side. It means only focusing on the positive and rejecting anything negative.

I’ll give an example: say you come to a friend or family member to confide in them that you’re feeling down about your chronic illness and they reply with something like “have faith that everything will work out” or “don’t say that…” or “look on the bright side” or “atleast you’re not xyz”.

The Problem with Toxic Positivity

You may ask, well what’s wrong with being positive? Nothing at all! Thinking positive is NOT bad and neither is wanting your loved one to be in good spirits.

It’s not a secret that a person’s mental and emotional state has an effect on their physical health. Depression and stress have the ability to make some illnesses worse.

It’s natural to want to balance negativity with positivity. But like most things, there can be too much of a good thing.

Toxic positivity allows for denial or avoidance of any unpleasant emotions (angry, sadness, envy etc). It’s similar to “fake it til you make it”. Pretend to be happy until you are happy.

Just because you avoid them, doesn’t mean they go away. As humans we are designed to experience the entire spectrum of emotions. Emotions are healthy. They tell you information about yourself and your present situation.

Here’s a real life scenario. I’ve been afraid of dogs my entire life. When I see one, my body tenses up and fear courses through my body. For whatever reason, I interpret dogs as threats. Probably goes back to the time I was chased by a dog and had to jump a fence. I digress, that emotion lets me know I need to avoid that dog’s path at all cost.

It can be very difficult to know the right thing to say when someone shares their vulnerable misfortunes with you. The line between being positive and being toxic is thin.

While we’re focused on fixing the problem and getting the person out of a negative space, sometimes all the person really wants or needs is to be heard, accepted and validated.

So refer to the chart below for examples of toxic positivity versus validating responses.

Am I Guilty of Toxic Positivity?

If you’ve been following my journey over the past few years, you know I’ve teetered with depression and isolation. In an effort to pull myself out of this dark place, I adopted certain tactics like gratitude, mediation, journaling and affirmations.

I share inspirational and motivational quotes on IG and love operating in positivity when I can. So when I heard about toxic positivity, I had to do a self assessment to make sure I wasn’t guilty of it.

I feel confident that I’m not.  My comfortability in disregarding the label of toxic positivity lies in the explanation of the concept. The word “only” gives me solace.

My struggles with depression have been well documented (on the blog, on IG and youtube). I believe in giving myself compassion and allowing myself to feel what I feel WITHIN reason. But I don’t want to stay there.

Personally, I want someone to try to shine some positivity on the situation when I’m unable to see it because I’m stuck in my own head or feelings. When I use my mood tracker, and I notice I’ve logged 5 days of straight poop emojis, I know I might be in a funk.

That’s what I use positivity for, not to deny or avoid my problems but to make them a bit more tolerable; to shine a ray of sunshine not the whole blinding sun.

Avoid Toxic Positivity with Dealing with a Spoonie

Speaking from personal experience, the last thing you want to hear when you’re in the midst of an unpleasant situation is positivity sprinkles from a “healthy” person.

If I open up and express my darkness, don’t be so quick to cast out my darkness with blinding ultraviolet lights of positivity. It’s annoying to say the least. Something really bad is happening to me and I’m allowed to feel negatively about it.

I’m spiraling through one of the most traumatic times of my life and you want me to focus on a rainbow. That’s basically what it feels like when you’re going through it and someone is pushing a positivity only agenda.

It just doesn’t help. And it makes you feel like a bad person for being in a negative space. Ya know.

As with everything chronic illness related, it’s complicated.

What are your thoughts on toxic positivity? Have you been a victim or are you guilty of being toxic?

Do You Struggle to Self-Love with a Chronic Illness?

8 Foods to improve your mood

Holidays aren’t happy for everyone: Dealing with Holiday Depression