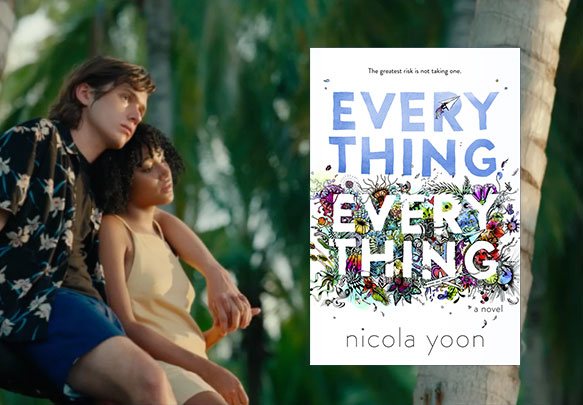 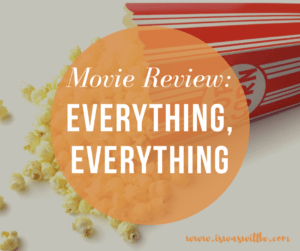 I recently watched Everything, Everything and overall, I was very pleased with the movie. It is a romance/drama depicting the life of a young girl with a severe autoimmune disease that dramatically inhibits her lifestyle. Long story short, she meets a boy and starts to rebel against everything: her mom, her lifestyle restrictions, etc.

I’d say the cast of the film was pretty solid and well balanced. The majority of my accolades would go to Amandla Stenberg who gives a strong performance as our main character and heroine, Maddy. She was able to embody and portray a unique mix of naiveté and rebellion as the young sheltered disease stricken adolescent. Kudos to you Amandla.

One of the things that stood out to me is just the severity of Maddy’s condition and treatment. She was literally a prisoner to her disease; unable to leave the house or have face to face human contact. I’ve previously talked about my treatment plan. A lot of people with MG were astonished at its aggressiveness. I’m just thankful that I’ve been able to exist outside of permanent hospitalizations or house arrest. It put a lot of things into perspective that, it could always be worse.

The film did spark some interesting internal debates for me. Y’all know I love to overthink. The fact that I could actually relate to this movie had my hamster running on its wheel triple time.

First is the ability of someone who is chronically ill to find someone to love them unconditionally. Removing the teenage aspect of this romance (because first loves rarely ever last), there is an underlying discussion that I believe should be recognized.

Why would someone who is healthy and living a normal life choose to be with someone is who ill? I mean Maddy couldn’t even leave the house for goodness sake. Olly on the other hand has access to the whole world: different woman, experiences, places etc. And if he did decide to commit, would he eventually resent her/her illness? Yes he’s fine now. But what about long term? Being with a chronically ill person is a large undertaking.

And then I wondered…

Why do we put doctors in charge of our fates? Yes they go to school to learn about complex body functions and diseases but does that give them final say? The very nature of most autoimmune diseases are that they are unique for everyone. I found it interesting that the various doctors had conflicting views Maddy’s diagnosis but she herself never questioned it, just complied. I guess I’ll give her a pass because of age.

These medications and regimens treat our symptoms but the never pinpoint or address the cause(s). Yes the treatments are relieving the symptoms right now but long-term it forces us to live at a lower quality of life. What if Maddy’s condition was acute instead of chronic? She lived 17 years believing that these drastic measures were necessary. When I doctor told her that her weak immune system (as a result of her intense regimen) lead to her crisis. What if my medication that is supposed to be helping me is actually making me sick(er)/weak(er)?

Above all else, this movie strengthened my belief that you have to follow your heart. When that switch was flipped and Maddy realized just how stifled she had been, she couldn’t suppress it anymore. She realized she had to go live life, regardless of the potential repercussions. Now I’m not saying throw caution to the wind, stop taking meds and doing treatments. That’s a bit extreme. I mean what’s the point in being kept alive and functioning with medications if I’m not taking advantage of being alive?

It was reaffirming to me that I can not let my MG limit me. Trials and tribulations instill fear in us and fear has the tendency to lead to immobility. In an effort to prevent negative actions, we become paralyzed and stagnant. Just existing. We have to push beyond the stigma.

I want to be more like Maddy. She had never even been out the house but knew the world is here for her conquering.

The Perils of Dating with Myasthenia Gravis